Anglesea Baptist Church has developed from a vision given to Torquay’s Baptist pastor at the time, James Baker and in 1989 a small group of Anglesea believers met in each other’s homes. Nurtured financially and spiritually by sisters and brothers at Torquay Christian Fellowship, they began to meet at Anglesea Community House for evenings of prayer, song and guest speakers. In 1990 the group prayed for the establishment of a new church. 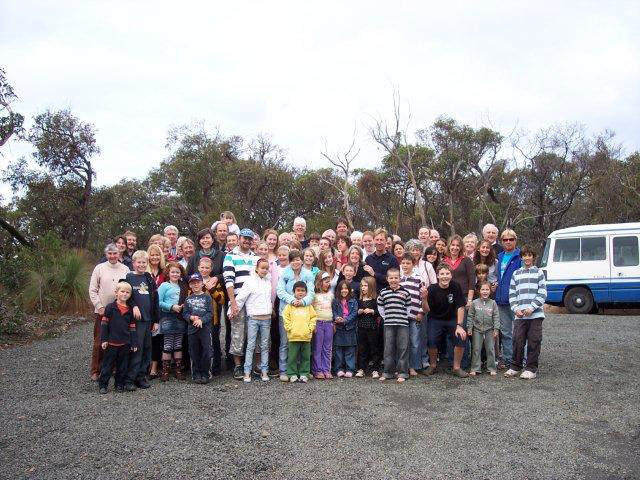 In late 1991 Kevin Gorman and his family were called to Anglesea to establish the church. The new fellowship began with little more than five adults. Under his guidance and encouragement, the church helped establish Foodlink, coordinated public meetings on social justice issues, got involved in the committee of management of the Anglesea Community House, and most importantly in February 1992, commenced weekly services at the Community House. Parenting skills evenings, a community youth group, and weekly Ladies Bible Studies were begun at this time.

In October, 1995, after the Gorman family moved on, God continued to add to the numbers in the church. Torquay Christian Fellowship continued their support and the Rev. George Ashworth acted as an interim pastor and general advisor. During this time Camp Wilkin’s (Baptist Camp) management and staff provided valuable support with the Children’s Ministry becoming a major focus at that stage. Gary Lyons was called to pastor the church early in 1997. This was a paid position for 1 day a week. Gary helped define the role of Anglesea Christian Fellowship and map out the various ministries. The church continued to grow in number, many being new Christians. Around that time the fledgling Anglesea Baptist accepted the Uniting Church’s suggestion to share the use of their building. 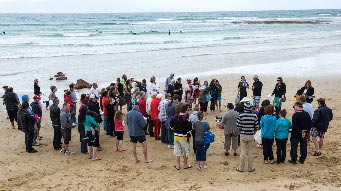 The next Pastor called to Anglesea was Craig Allan, who began in January 2000. Craig was employed by the church for 1.5 days a week. During this time God continued to grow the church and Anglesea Baptist developed great new local outreaches, like our Easter and Christmas card mailbox drops, Easter sausage sizzle/cake stall in the main shopping centre, Christmas morning breakfast and service on the river bank, as well as ecumenical meetings with all the other churches in Anglesea. Associate Pastor Dave Morris was called by the church to work in pastoral care.

The congregation participated in a “100 Days of prayer” to help us establish the church’s vision for ministry. In 2003,the church became affiliated with the Baptist Union of Victoria and became ‘Anglesea Christian Fellowship Baptist Church’. In 2004 the church took on the local “OpShop” as part of its local mission. Craig Allan accepted a call to another church late in 2004 but by the time he departed he was employed 4 days a week.

In January 2006, the church appointed James Lewis as the full time Pastor (the only resident pastor in Anglesea). In January 2008 the church purchased a large shop in the main street of the town, in order to expand the already successful Op Shop and to include a hospitality/pastoral care/meeting space for church and community use. This has become our centre for church life and ministry six days a week.

We have an average attendance of 50 adults and 20 youth and children, and always enjoy the company of many visitors to the Surf Coast who are holidaying.

Add your email to subscribe to our weekly email "Better Together". You can unsubscribe at any time.